Oh dear! It's terrible to realise that it's February already and I've only managed one post this year...in spite of very good intentions. My attempt to establish a daily practice - to produce something, a collage, a drawing, each day has faltered, staggered, restarted.  I have to blame the lethargy-inducing extreme heat. We've had strings of days around and above the 40 degree Celcius mark. Very draining! I have been working on a print for ‘Bimblebox 153 Birds’, a multi-arts project responding to the 151+ bird species recorded on the Bimblebox Nature Refuge, Queensland, which is threatened by the proposed China First mine. I'm working on a couple of versions of a linocut print of the bird I was allocated - the Varied Sitella. More information and further links can be found on the project's facebook page here.
Here are working proofs of both. I was surprised that I prefer version 1, when I thought that version 2 was looking much stronger. They both need more work however.

I treated myself to a short trip to Sydney this week, mainly to see the Yoko Ono exhibition at the Museum of Contemporary Art. It is a very participatory exhibition - lots of works that visitors add to, or may take away from. It's quite beautiful and meditative, which sounds somewhat contradictory in light the participatory elements, but true nevertheless.  There are a couple of videos of Yoko performing her work 'Cut Piece', one from 1964 and one from 2003. It's quite difficult to watch the early one.  She looks like a young, very vulnerable, but courageous woman - very moving. In the latter she's much more in control and respected by the audience/participants. There was an early Fluxus film of anonymous bottoms that I found funny and intriguing.

If you happen to be in Sydney over the next 6 weeks or so, I would highly recommend making the trip to Carriageworks, not far from Redfern Station, to see Chance, the wonderful installation by French artist Christian Boltanski. Carriageworks is a multi-arts venue in a huge old industrial building, presumably where train carriages were built. It's the perfect space for Boltanski's tall, narrow scaffolding structure through which a ribbon - of grainy images of faces of newborn infants sourced from Polish press announcements - runs. 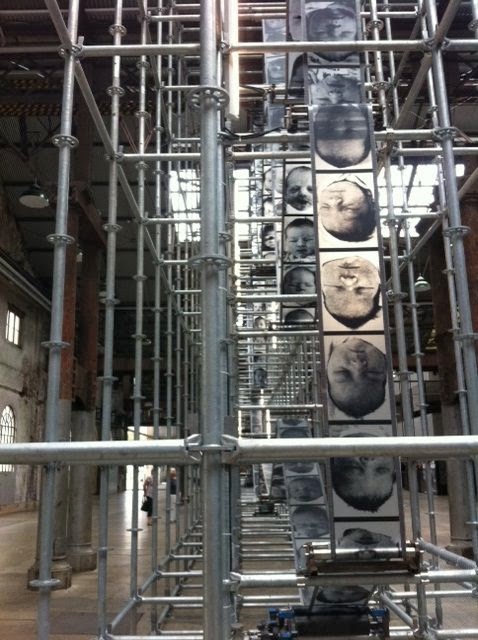 The building is pretty impressive  - the corridor to the toilets! 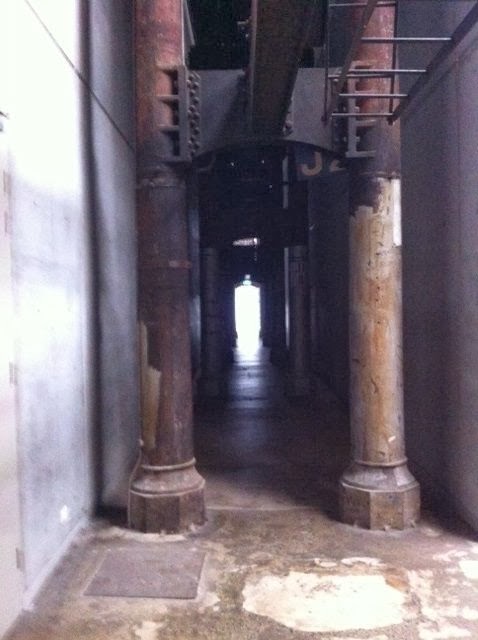 I also went to the Art Gallery of NSW to see America, Painting a Nation, which was quite interesting. Much more impressive, for me, is the exhibition Yirrkala-drawings. There are 81 coloured crayon drawings on butchers paper from 1947, by senior ceremonial leaders at Yirrkala in north-east Arnhem Land, who produced hundreds of the vibrant drawings for the anthropologists Ronald and Catherine Berndt.

I was also delighted to see Imants Tillers' Conversations with the Bride on show in the 20th Century Australian galleries. It was quite a wonderful experience to wander through and have an up-close viewing of this installation that I had studied as a student of Australian Art History at Latrobe University in the mid 1990s.  You can probably work out from these details the identity of 'the bride' referred to in the title! 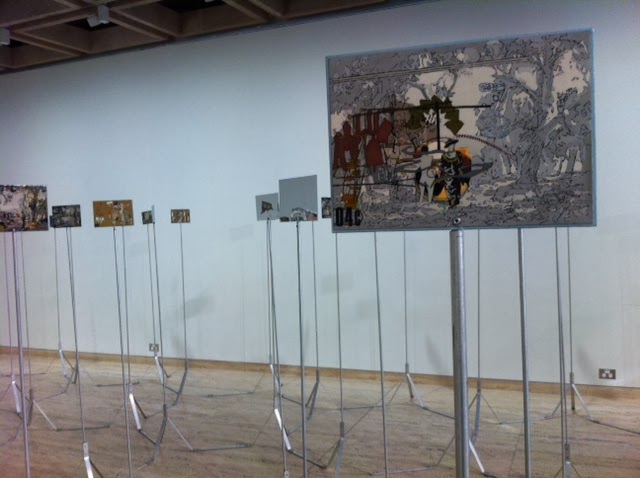 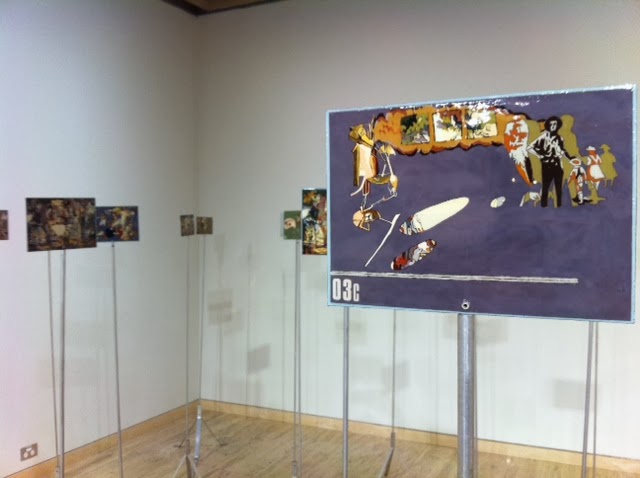 Though pushed for time (had to catch the train to the airport), I always love to pay a visit to some of my favourite works - Grace Cossington Smith's The Curve of the Bridge (1928-29), The Lacquer Room (1936) and The Sock Knitter (1915) and the Margaret Prestons. There was also a small group of Martin Sharp's brilliant posters on the wall, including Mr Tambourine Man, from about 1967. I had a fabulous time - Sydney is a great place for a flying visit!